Way back in 2009, Vassago had their legendary Black Friday sale, and I picked up a Fisticuff.

Last month, after about 11,000 miles, I noticed a 1 inch long fatigue crack in the weld at the top tube - head tube junction.  Rather than risking a catastrophic failure, I contacted Vassago (now under new ownership). They still carry the same crash replacement policy, so I picked up the latest Fisticuff and built it up to replace my old Snickers Brown friend.

Here's some of the adventures the original Fisticuff survived.  The write up will finish with a brief comparison of the new and old Fisticuff frame sets.

The build up was very simple, dinglespeed with mostly spare parts.  I even ran a v brake on a Mavic A317 disc only rear rim.... and it worked great.

The bike was inspired by the spare parts pile and the screaming deal, and as a commuter/do everything bike. 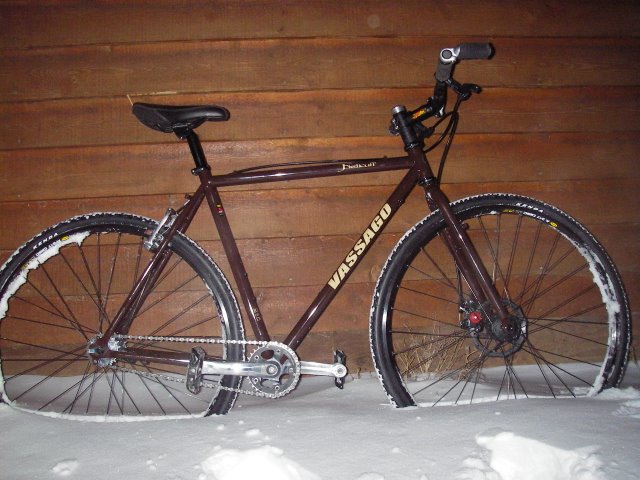 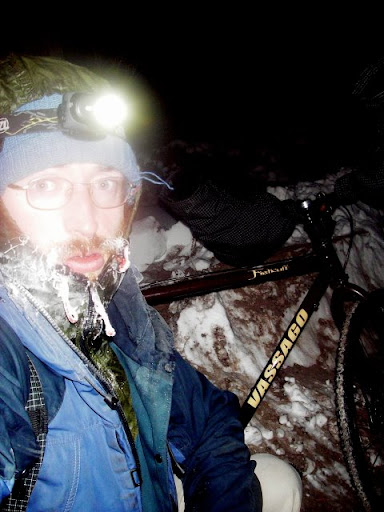 The bike was soon clad in my third or fourth frame bag ever.  My first ever seat bag came along for a 120 mile ride in January from Lake City to Gunnison, CO. 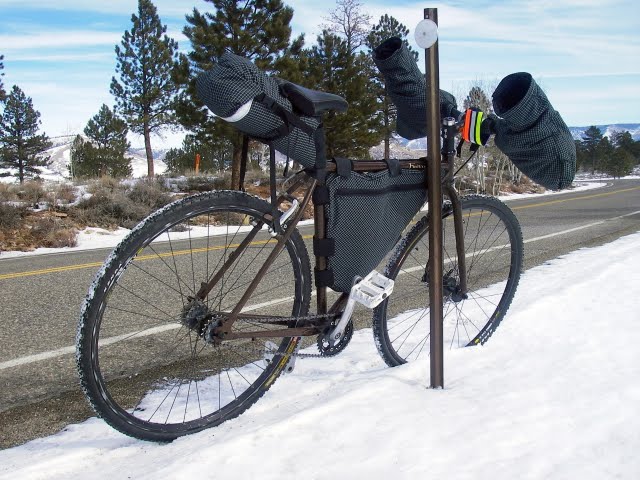 Then a great deal on a Phil Wood bottom bracket and DT/S-Works rear hub led to a remake of the bike - new handbuilt by me wheelset, gears,..... 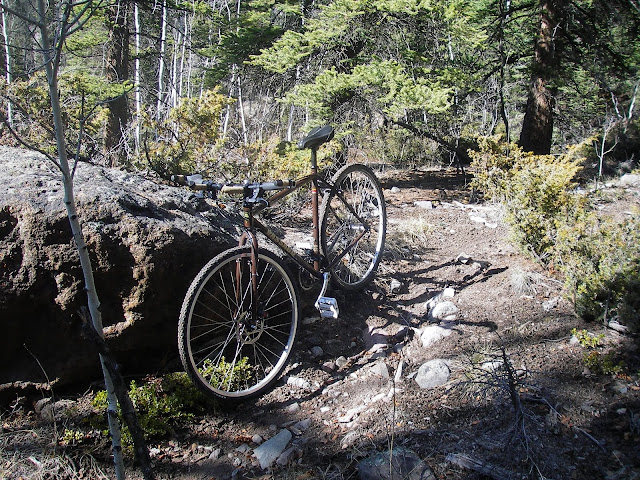 During the summer of 2010 a soft tissue over training injury in my left calf inspired the development of a one legged bike system.  It turns out that a 31.8 mm stem clamps perfectly onto the downtube of normal steel bike frames.  Then cut the steerer tube off an old junk fork for a peg for the left foot, add a toe clip on the right pedal, and you've got it. 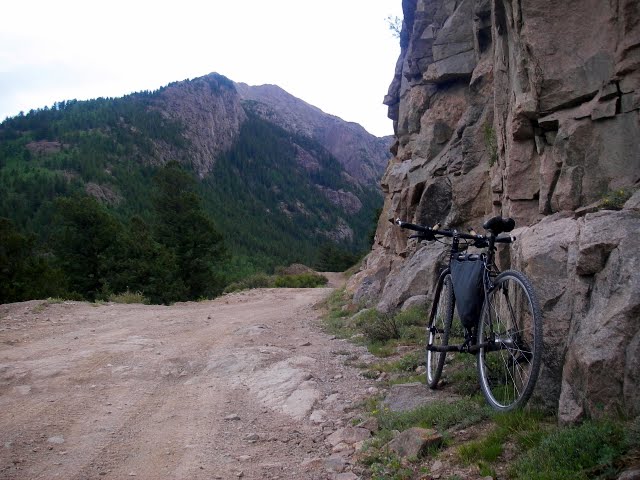 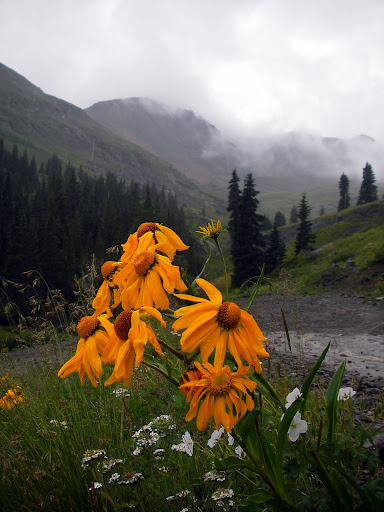 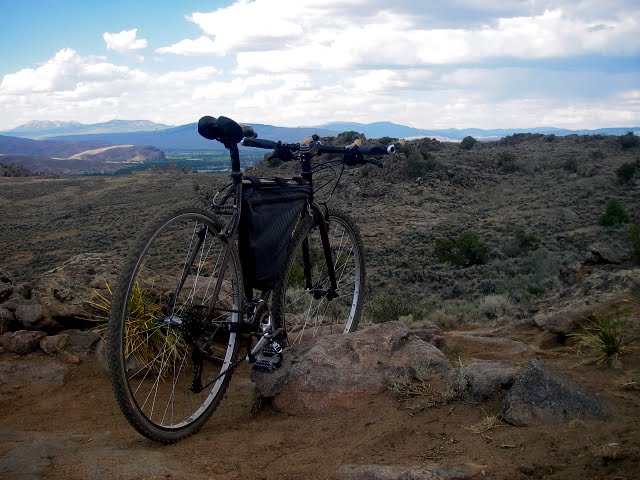 And then I went back to school for Mechanical Engineering and needed a commuter bike.  I swapped the 32 mm cross tires for 35 mm slicks, an Old Man Mountain rack, and (embarrassingly) a math study sheet.
I soon found out that the math study sheet was distracting while biking in traffic. 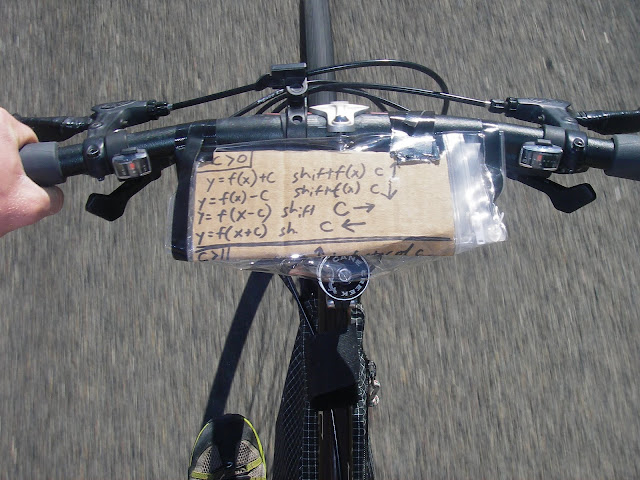 The Old Man Mountain rack was "graced" by a Cilogear 40L backpack rigged up to be a pannier (freshmen do weird things... especially former mountain guide freshmen). 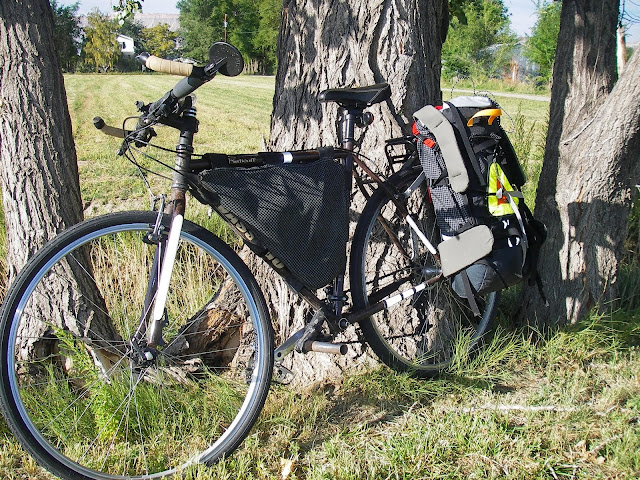 Somewhere in there my calf healed up well enough to go back to a normal two pedal bike.  I also got smart and made myself a pannier bag/pack. 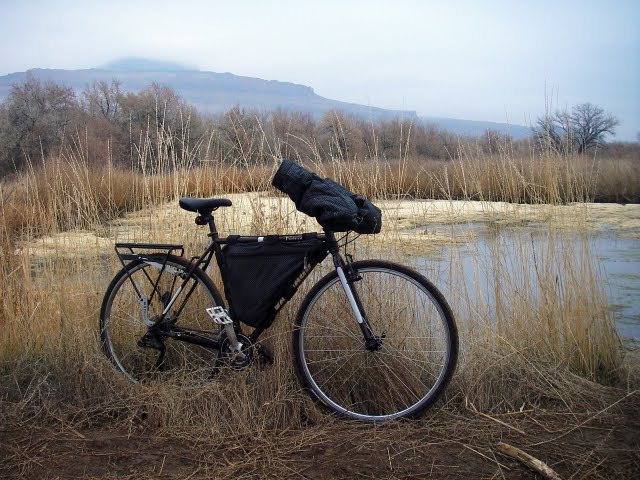 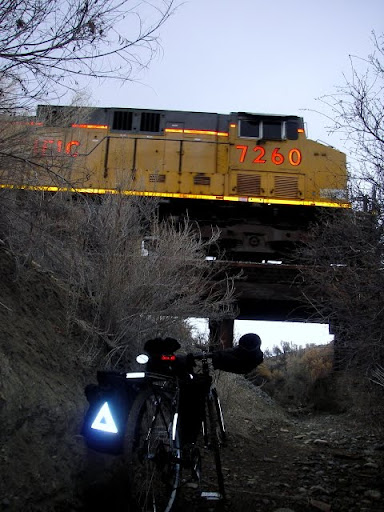 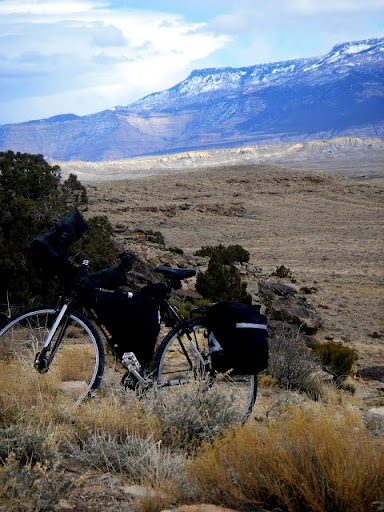 There were two advantages to the Snickers Brown paint job....
An uglier bike is less of a thief magnet.
The bike looked best covered in mud. 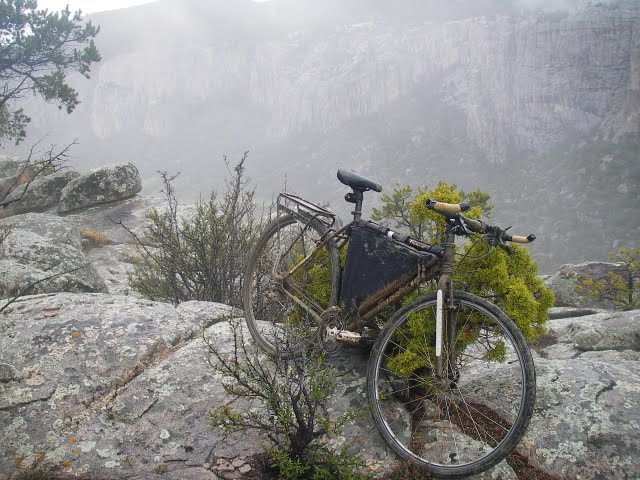 Cold hands on a wet road/dirt road ride?  No problem.... just find some scrap plastic on the side of the road. 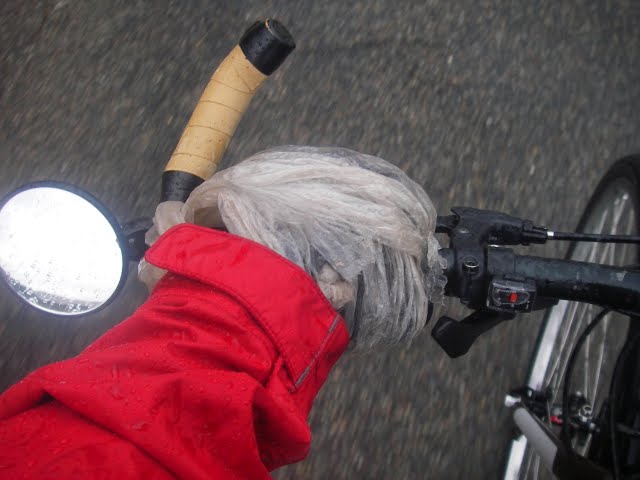 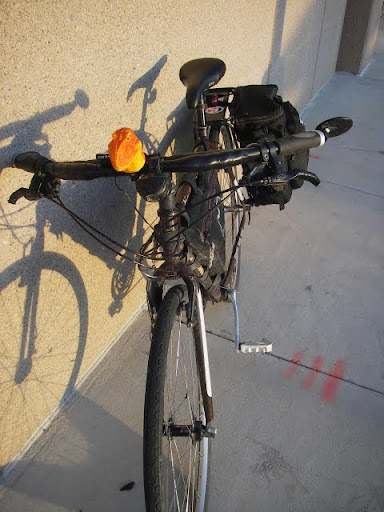 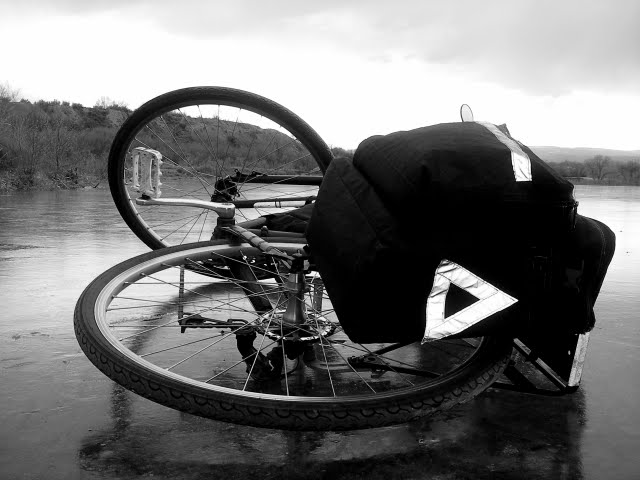 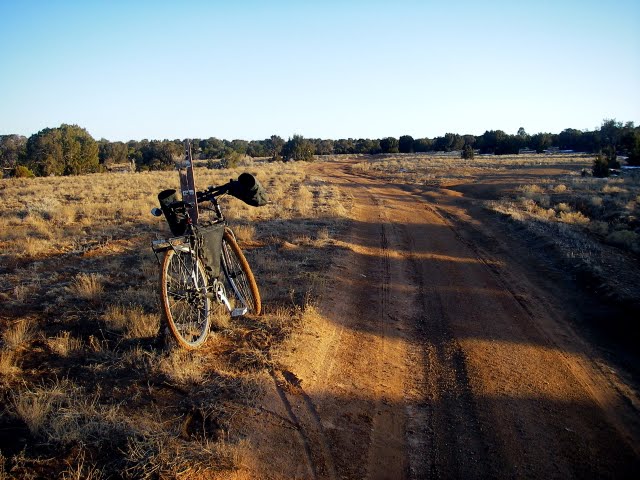 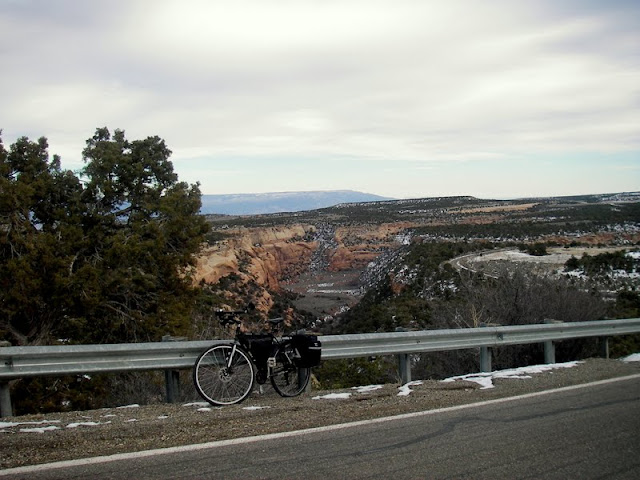 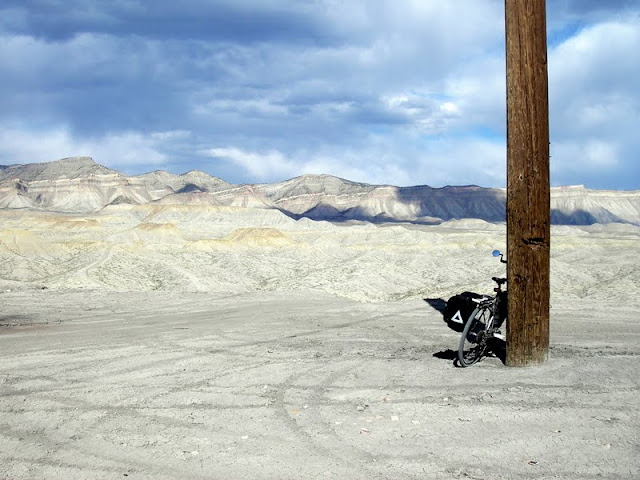 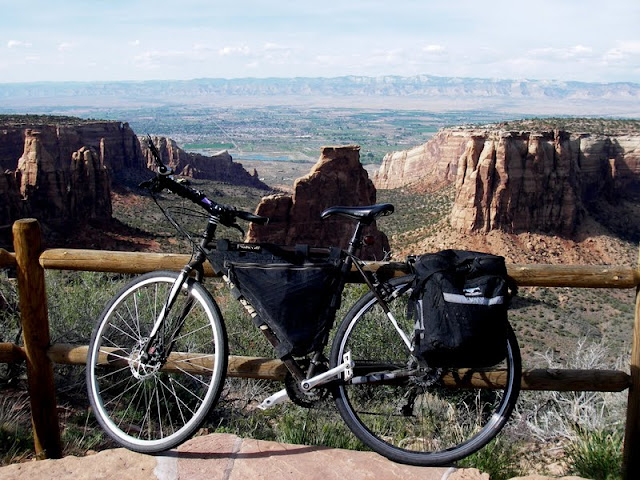 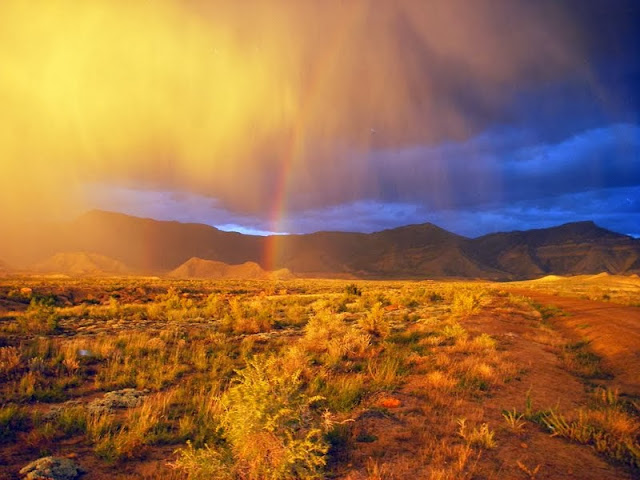 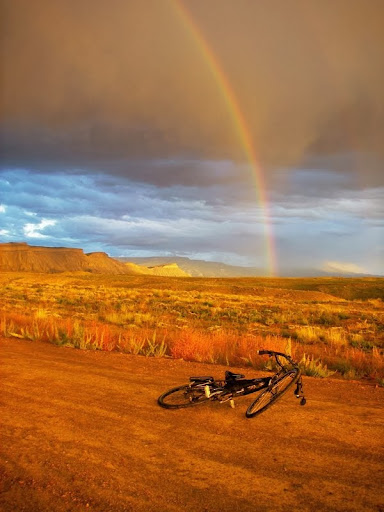 And then, soon after making a new frame bag for the Fisticuff, I noticed the fatigue crack.... oh no! 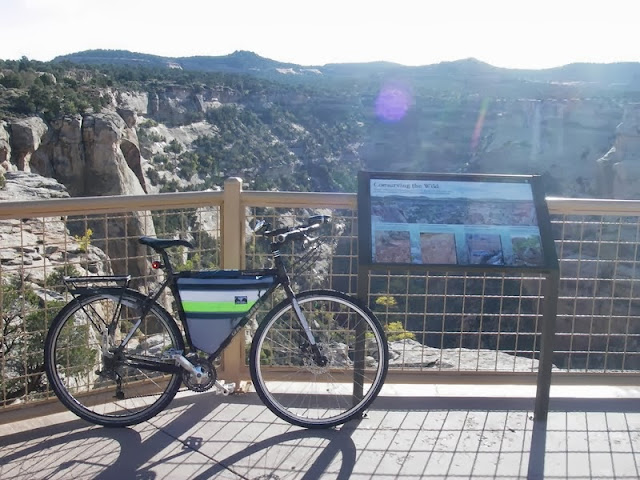 The new frame fixed everything I didn't like about the first version.  The color options (graphite or white) are much better than Snickers Brown without being too flashy.  The rear dropouts were much improved by including built in chain tensioners and an adjustable disc brake mount for the singlespeed crew.  The head tube is taller and the top tube and down tube are spread apart more for better aesthetics and reduced fatigue stress in the junction.
The parts swapped over seamlessly from the old bike and the bike rides really nicely.
As a nice bonus, the frame bag also swapped over nicely.  Not a perfect fit, but good enough to not make another one. 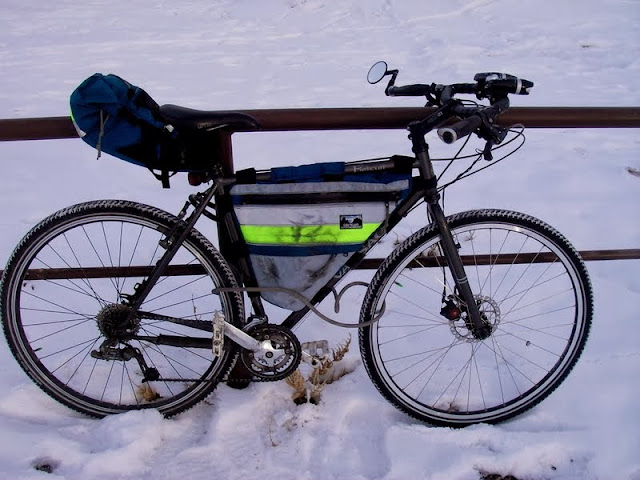 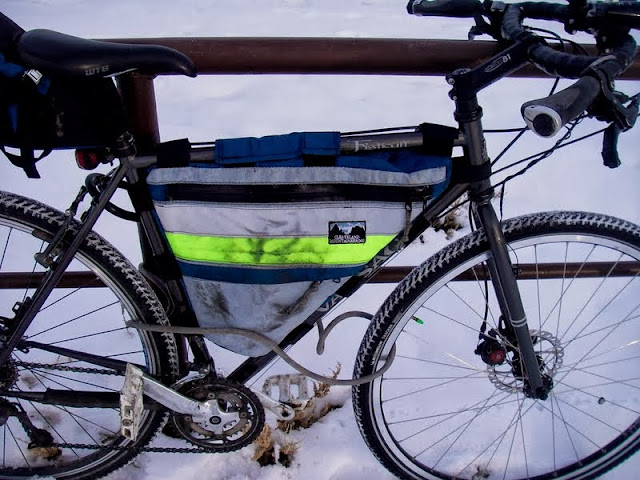 So there you have it.  The first edition Fisticuff did everything you could ask for from a multipurpose adventure/commuting bike (unfortunately most of the miles are commuting).  The bike worked great and without the fatigue crack I would have kept on riding it indefinitely.  The second iteration of the Fisticuff fixed all the problems I had with the first version.  Anyone who wants a steel do everything adventure/commuter/cyclocross/road/dirt road  bike and wants the flexibility to run ANY type of drivetrain or brakes should take a serious look at the new, improved Fisticuff.  This combination of options is not found on any other cyclocross style frame to my knowledge.

Yesterday I rode the new Fisticuff 14 miles (each way) to go on a 12 mile trail run in the snow. 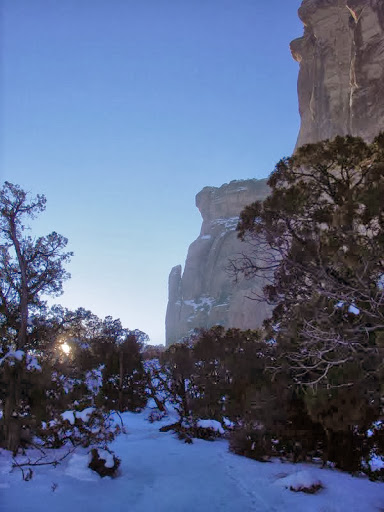 Posted by Cleaveland Mountaineering at 4:17 PM