Temporary price drops for summer, yes, all of summer:

That's $10 off each of the big items, or a total of $30 off the full collection - that'll buy you a bit more trip food!
I have more time to sew in the summer than in the school year so may as well use it.
There's a few bar bags already in stock ready to ship out too!
Here's the latest:
16" Karate Monkey, map pocket, tapered and padded, hydration tube hole, bright orange lining.  Came out super nice. 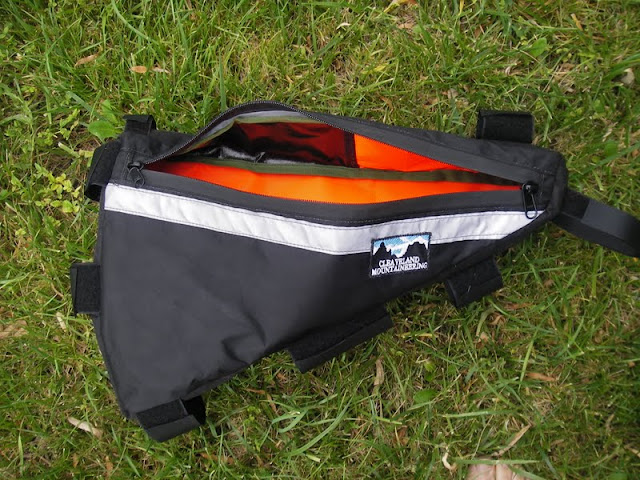 Posted by Cleaveland Mountaineering at 8:02 AM No comments:

With two days off work and an itch to wiggle I ran off into the Grenadier Range of the Weminuche Wilderness area with a light pack and a plan.... 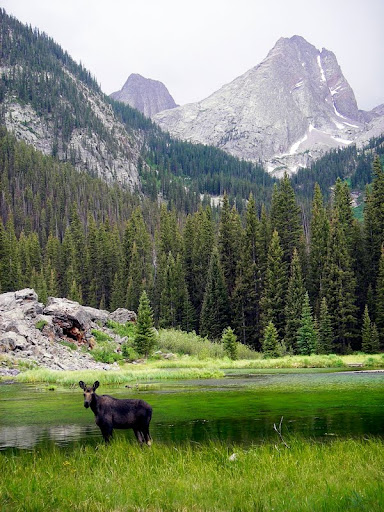 At 4:20 AM in Vestal Creek basin, I started walking... Three peaks were on the menu for the day - The Trinity Traverse, served with loads of Class 2+ and Class 3 scrambling, with a bit of Class 4 chimney, tons of exposure, and high weather commitment... not the best place to be in a storm. 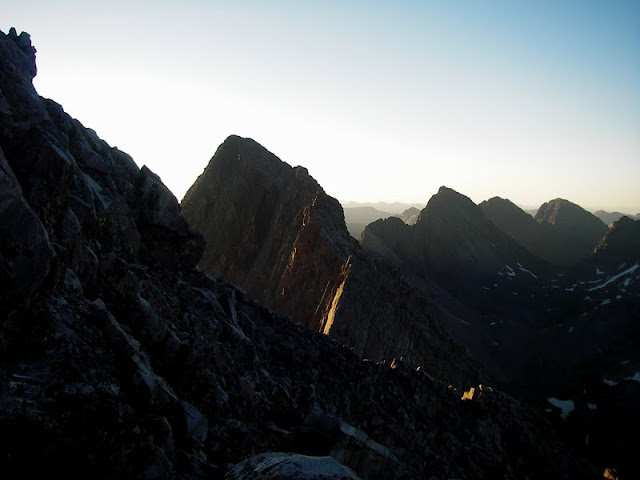 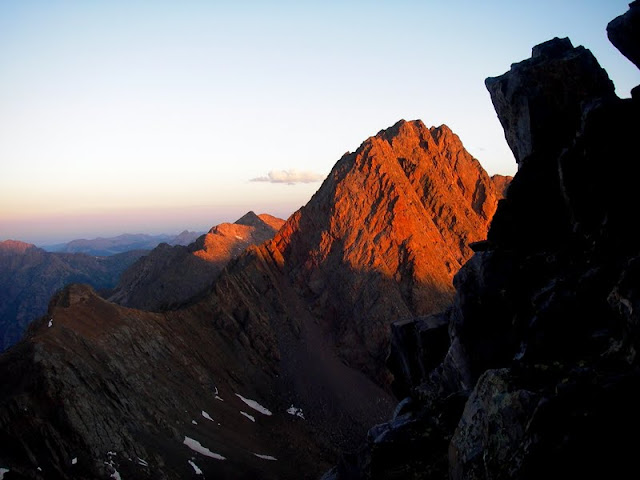 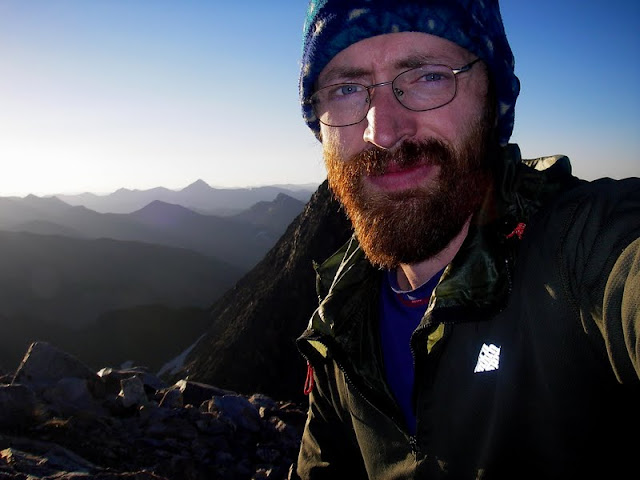 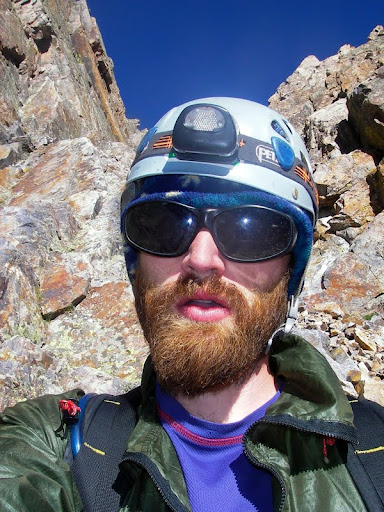 After topping out the last peak, the descent was supposed to be a straightforward Class 2 descent... and it was, for a while. So I took some flower pictures... then I got off route and things got scary again. 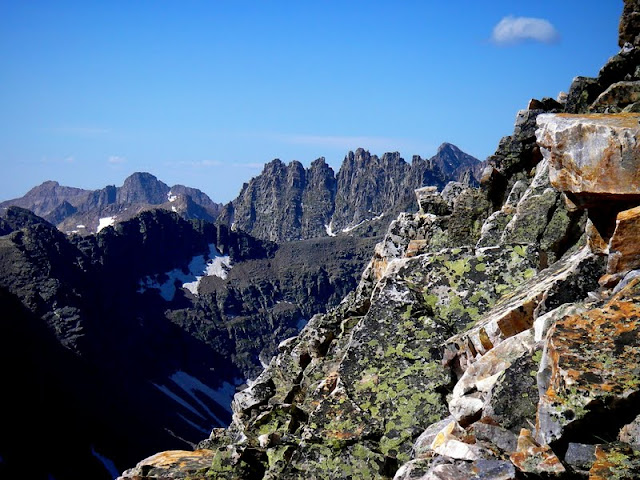 There was some pretty lichen - the color variety here is neat. 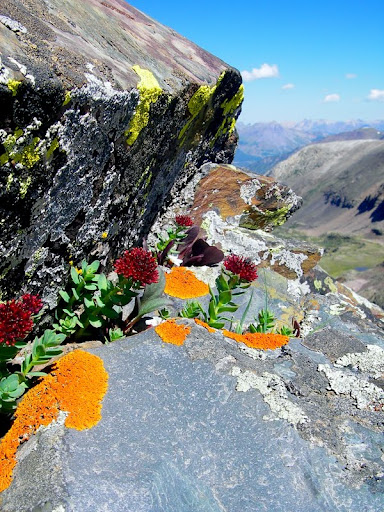 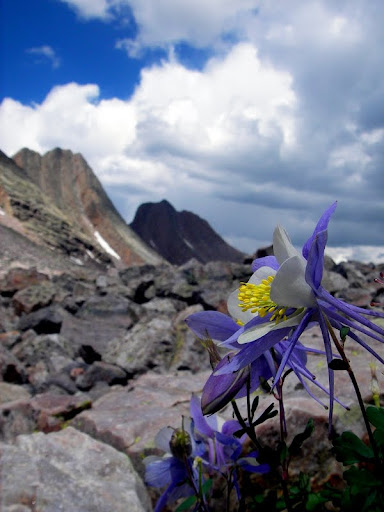 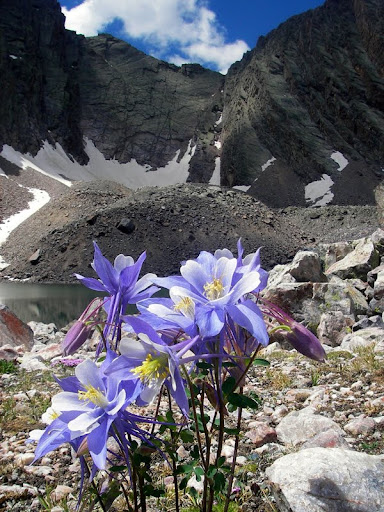 Then I got back below treeline, had a nap while the thunderstorms came through intent on having the rest of the day off, had dinner at 2:00 PM, read my Bible for a while, then got bored...... Arrow was calling, and I answered... and started walking in earnest, this time at 4:20 PM. The exposure on Arrow freaked me out enough I barely took any pictures, and just climbed as fast as possible.... besides being scared I also didn't want to downclimb that Class 3 - 4 mess in the dark. The route up Arrow follows the prominent ramp on the left side. 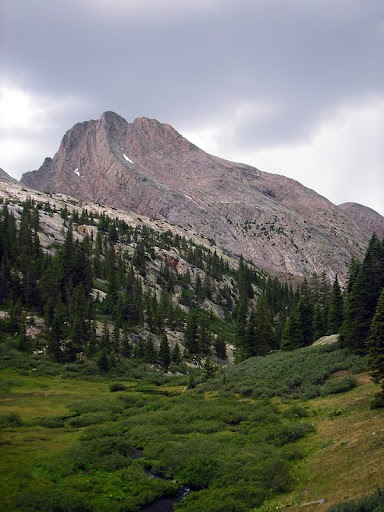 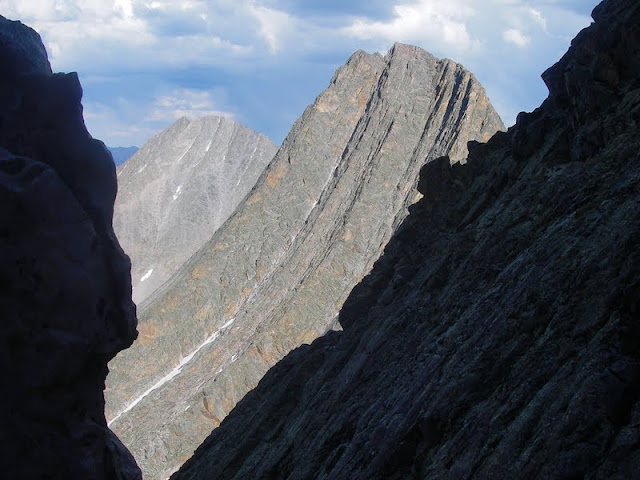 On the summit I snapped two pictures, took a shot of honey, crossed my fingers, and dropped in... on the way down I ended up on a different route variation, this time on the outside of the prominent ramp instead of the inside. It wasn't really any easier... 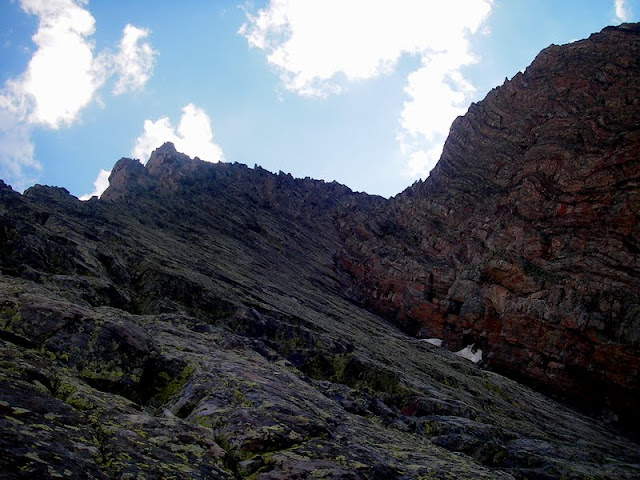 So after four scrambling peaks and a lot of scare in one day, I ate my last dinner and decided to hike out a day early. Thank you Lord for safety and the beauty of Your Creation! 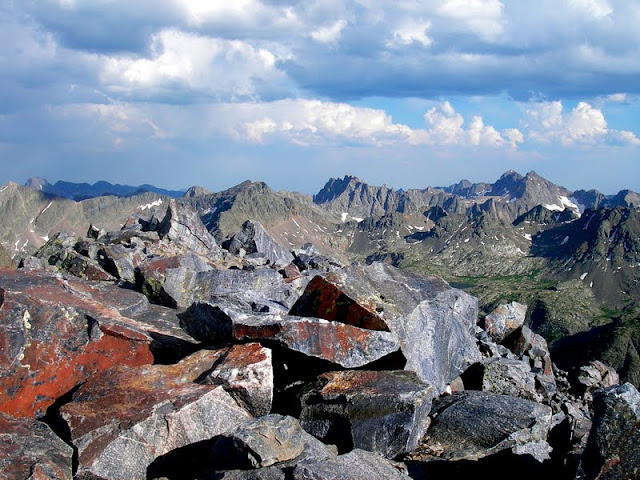 Posted by Cleaveland Mountaineering at 2:10 PM No comments: