After hearing "internet forum rumors" that the Salsa Anything Cage was commonly breaking after under 1000 miles of Tour Divide style riding, I was riding and thinking one day... and it came to me.  The idea of using a framesheet rather than a waterbottle cage was inspired by an impromptu repair by none other than Fixie Dave.  And so I realized that a plastic framesheet with a fabric and webbing harness would work splendidly well and avoid the major weaknesses of the Anything Cage.  Yield stress is not a concern for this application - aluminum tubing is plenty strong as are fabric and plastic.  The problem will be with fatigue loading.  Here, the fabric and plastic will be much more resistant to fatigue loading due to the material properties.  Also, when the bike is laid down and the cage hits the ground, a soft fabric bag will just squish and be fine, while a metal cage will risk being bent.
And so the idea was born.  Two prototypes followed and testing began.  One ride confirmed that it held the cargo well and was easy to handle.
The bags started out with standard cam buckles on them, since side release buckles don't hold well over tight radii.  They later were upgraded to metal spring loaded cam buckles for the ultimate in cinching power and ease. 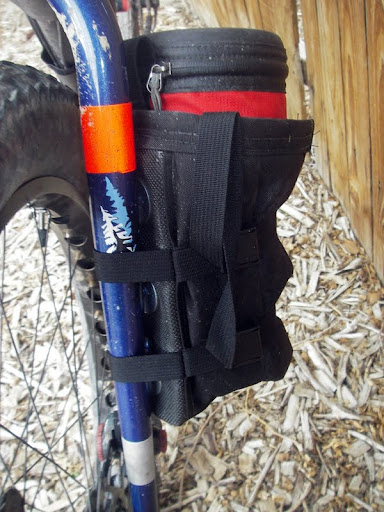 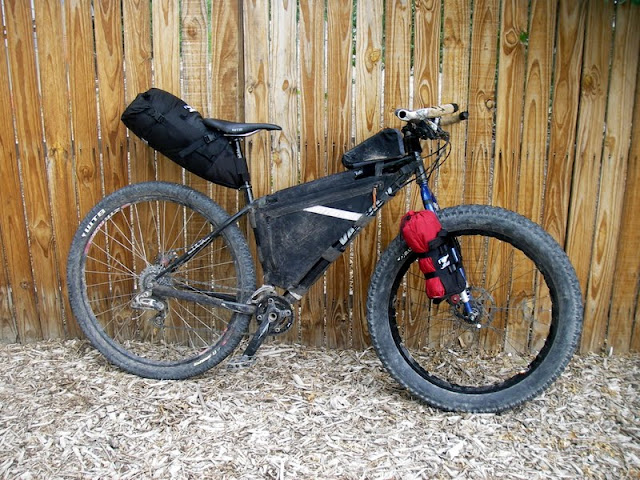 Later I rode the bags up and down The Ribbon.  Most riders shuttle to the top of the Ribbon... and most bring full suspension.  But I proceeded to start at the bottom with a fat front and two liters of water strapped securely into prototype Everything Bags.  After pedaling up a long ways, it was finally time to descend and really test the bags out, at 25 miles an hour on slickrock.  The did well.  So well, I didn't hardly notice their presence.  The Ribbon wanders for a ways through typical rocky Grand Junction singletrack which finally converges to a long slickrock uphill.  Sit and spin or stand and mash, or change it up a little - you'll be going up for a while.  Once at the top, its time to wish your brake rotors had a coolant system as you smoke your way back down going close to 10 times as fast as you did on the way up.  Its a good test for new bottle bags. 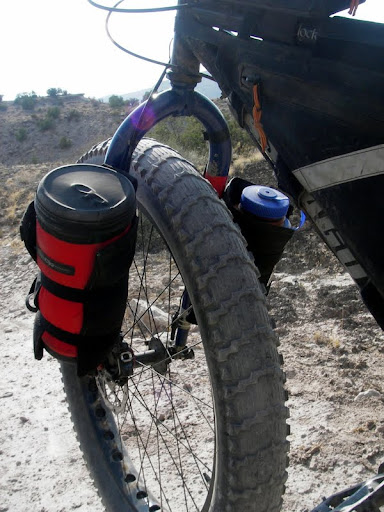 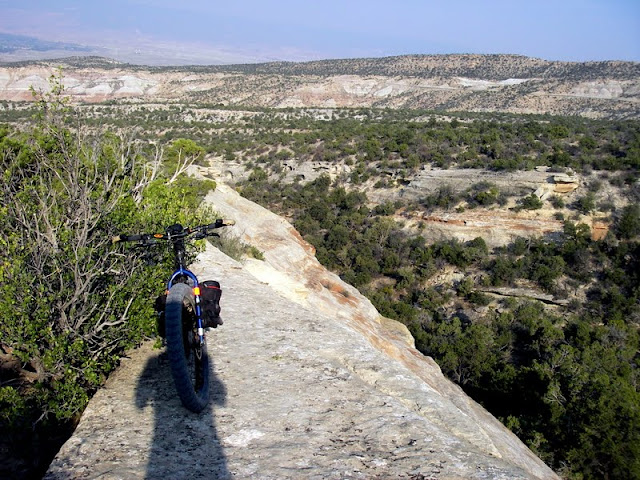 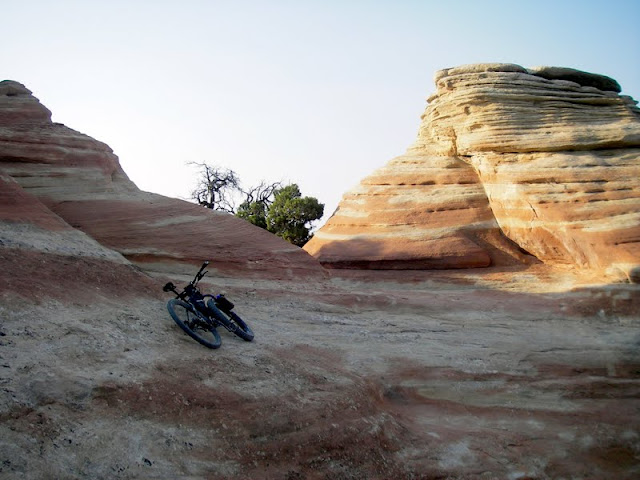 A bag then got sent off to SW Utah to get more mileage on it, and its finally time to go public with them.  So, if you have a Salsa or Surly fork with the 3 bottle cage bosses in the fork, you now have a fatigue resistant option that should last longer.

So there you have it.  I'm slammed with school and wedding planning until finals week (Dec 10-15) during which I could sew a little, then not until January after the honeymoon.

If you want to try out an early model Everything Bag, they'll start at $50 each including 6 fender washers and 3 long bolts to securely mount them on your fork.