After about 6 years of being told that Vestal Peak's Wham Ridge is a must do climb, and 6 years after climbing my first Weminuche Wilderness peaks, it finally happened.  We hiked in the 8 or so miles to camp below the peak, and blasted off the next morning fairly early.  Thankfully thunderstorms were moving in very late in the day. 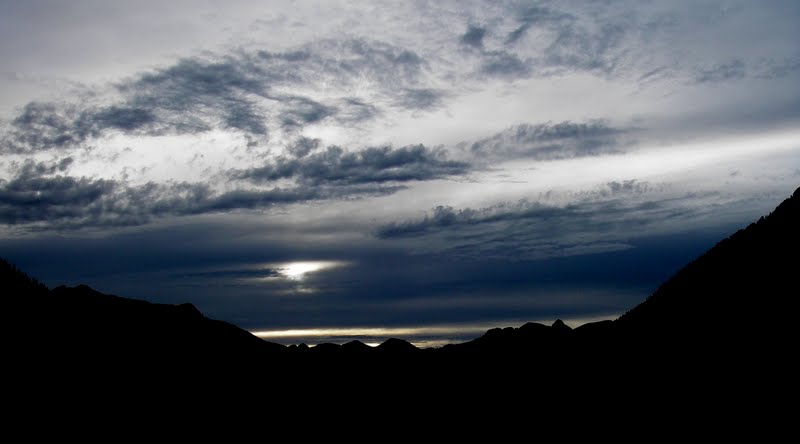 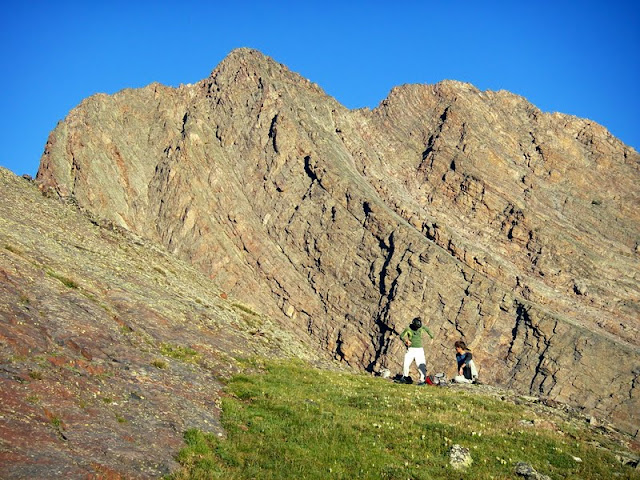 With four people, we brought two ropes and racks and simul-climbed the first 400 to 600 feet of the steep terrain... the fun thing was, we simul-climbed right next to each other... not the best idea in case of a fall, but that wasn't really an option anyway.  Running it out 60 feet, casually looking down at the last piece, and not really caring was commonplace. 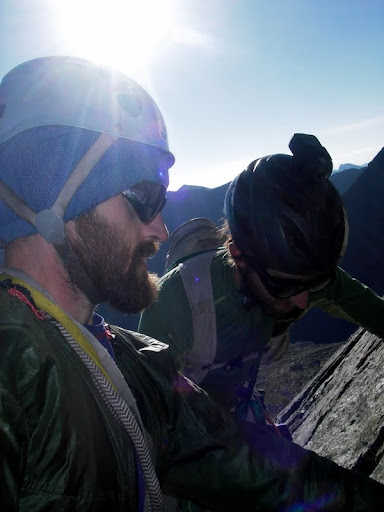 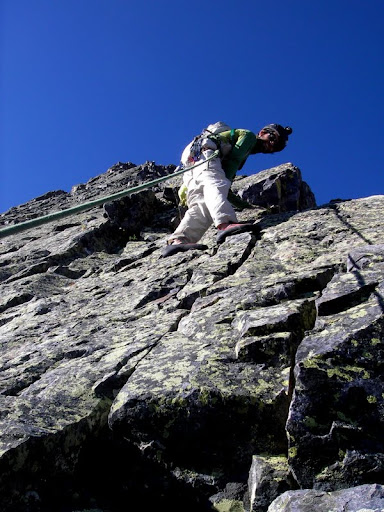 We climbed 2 or 3 normal belayed pitches after the long simul-climb, after which the rock got more blocky and loose, so we unroped for the last few hundred feet to the top.  That was the scary part for me, blocks, ledges, wandering route finding, and that awkward balance - a rope slows down the group and might knock rocks off but helps the mental game and safety game.  Anyway, I was relieved to top out the 4th class junk near the top and reach the summit. 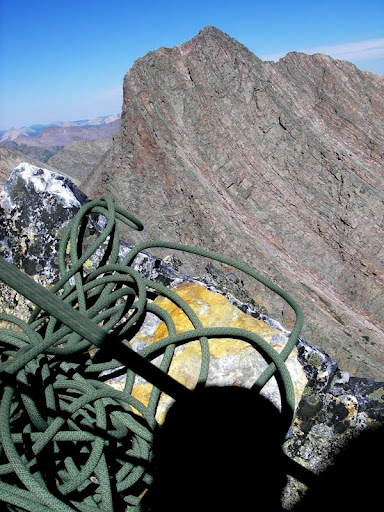 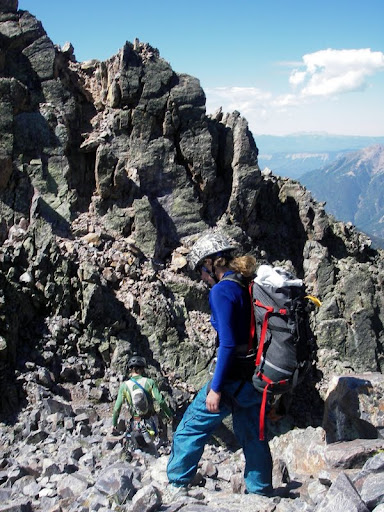 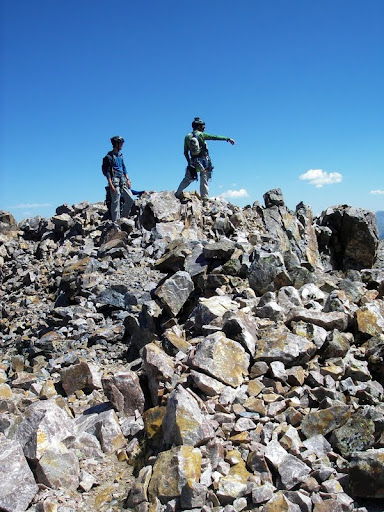 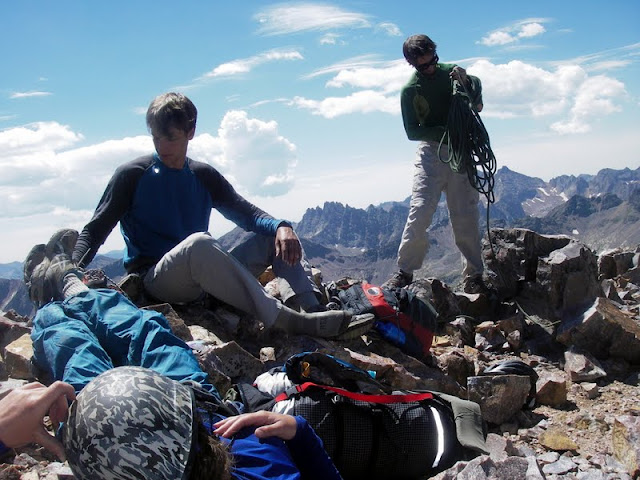 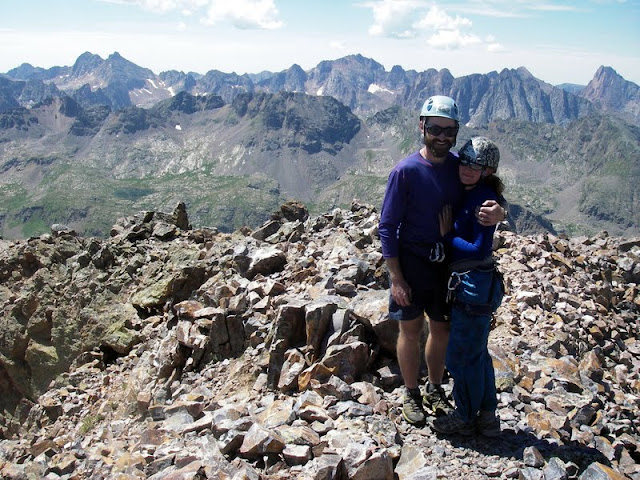 After hearing rumor for years that the "Dues Collector" descent to the Arrow-Vestal saddle was "horrendous," our friend that had tried both descents informed us that the descent to the Vestal-West Trinity saddle was much better, we took that and it was actually pretty nice.  Rough and steep, but secure and not too exposed... after the top of Wham Ridge, it felt casual. 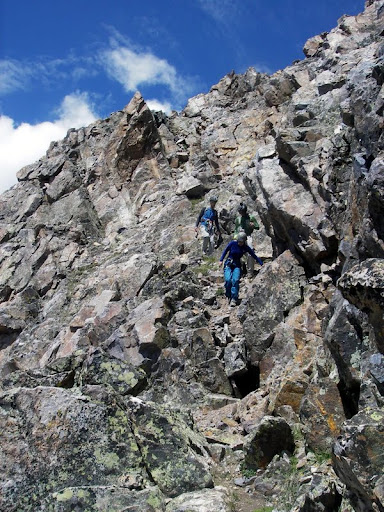 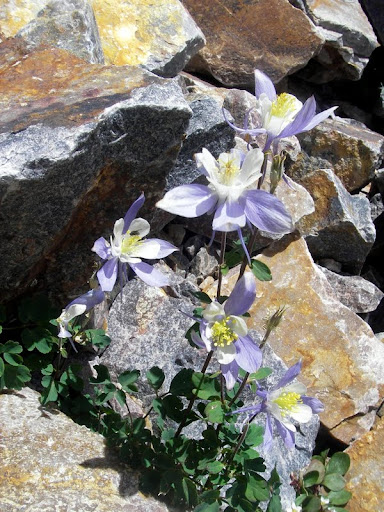 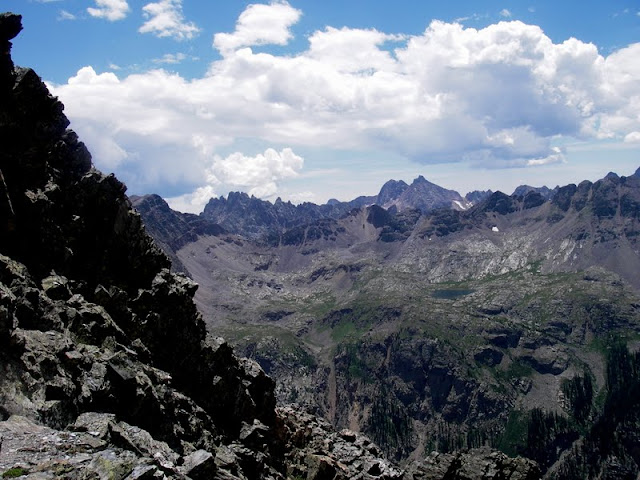 Then we got to walk through some Tolkien-esque landscape below Vestal back to camp. 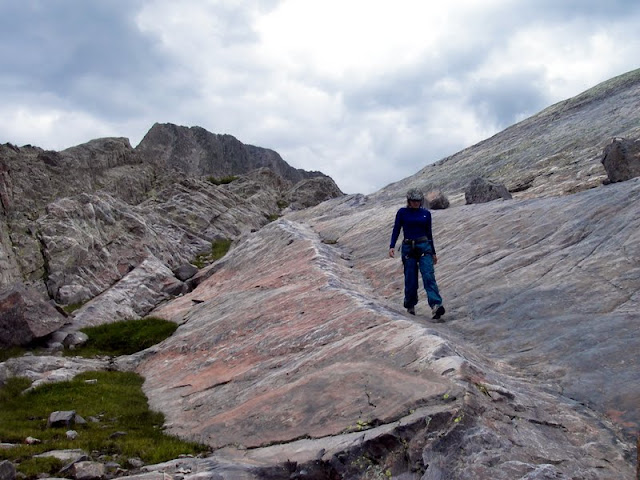 The hike partway out that afternoon and the next day was long, made us all sore, but overall was uneventful. This trip was a good push, a reminder of why I like ultralight backpacking - without climbing gear, and a great time with friends exploring creation. 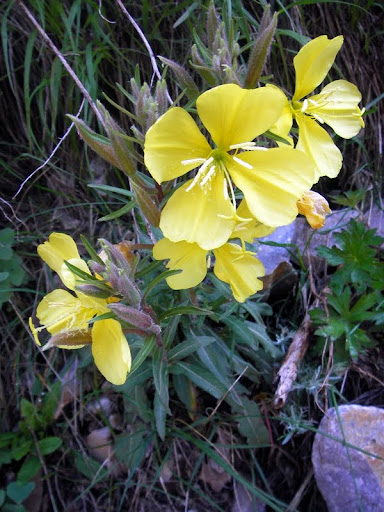 Posted by Cleaveland Mountaineering at 12:48 PM No comments: